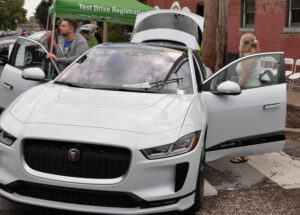 On August 5th, 2021 the Biden Administration made an announcement that even a year ago would have been unthinkable. The President aims to have 50% of new car sales in the US come from clean vehicles (EVs, plug-in hybrids, and fuel cells) by 2030. US auto manufacturers and their largest labor union supported the declaration. Though non-binding, the Administration’s statement and support from car companies and labor alike affirm decades of effort by those working to secure the transition away from oil for transportation (a process that, for some, began with the 1973 oil embargo!).

Achieving the goal in less than eight years would be remarkable. If half of US new auto sales in one year were EVs, it would put roughly 7-8 million on US roads annually. The entire EV count in the US to date stands at roughly 2 million, and even President Obama’s then-landmark declarations in support of EVs only addressed getting to the first million on the market. Delivering millions of EVs each year could steadily reduce air pollution from the country’s over 200 million cars and generate massive savings for consumers and economic benefits for communities in the process. Most certainly, providing Americans more than 100 models to choose from can help make this happen. 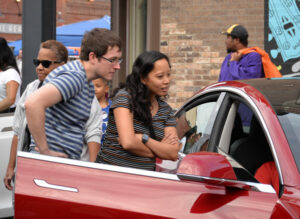 If only viewed from a global economic competitiveness lens, the pronouncement makes sense. In 2020 the European Union and China each sold 2-3 times the number of EVs as the US. With massive investments in manufacturing, battery technology, and innovative transportation solutions following the EV transformation, lagging in sales today means that the US is losing ground in the latest clean technology race. Securing a position as an also-ran in the $9 trillion global automotive market would most certainly have negative consequences for US companies, workers and communities.

As revolutionary as it was, the pronouncement was met with caution and even mild derision in certain quarters. ARS Technica called it lackluster because it did not include a definitive phaseout of internal combustion engines similar to the EU, China, and even certain US states. Dow Jones/Barron’s noted that the plan will require billions in investment to realize. Fox News reported that the initiative came with a catch since plug-in hybrids, which use both electricity and gasoline, were included in the plan.

Another dimension of the goal is the 50% threshold itself. 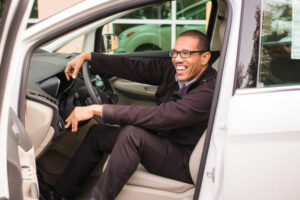 From one perspective, it can be viewed as an aggressive yet practical step forward. The President made a definitive declaration of progress that keeps the door open for traditional alternatives as the country continues to adapt to the EV revolution. However, that adaptation process itself signals a deeper, potentially more troubling future – what if achieving a 50% new vehicle sales rate is accompanied by a community-by-community sorting between who participates in the EV revolution versus those who are left behind? Working across all avenues to avoid this possible categorization of winners and losers in the race for the electric transportation future is something that should be top-of-mind for every EV proponent.

The negative consequences of only including certain communities in an otherwise positive movement are almost too many to count. Any region struggling to deliver adequate healthcare, fast internet, or even cell phone coverage can attest to the impacts of failing to achieve universally accessible technology. The EV revolution is doomed to reinforce fissures in the economic and cultural fabric in the US if EVs are not made for everybody. 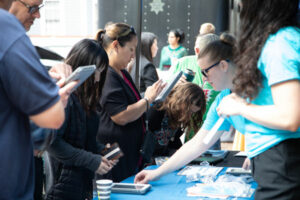 That value proposition drives everything we do with EVs at REACH. We deliver the most inclusive, brand agnostic, well-attended, and effective EV test drive events of any entity in the country. We have provided strategy and outreach services to nonprofits, government agencies, utilities, companies, and others with an interest in spurring the shift to electric transportation. We continue to advocate for equal education and access to EVs through our groundbreaking work in support of Recharge America.

An electric transportation future for the US is brighter, better, more prosperous, and safer. However, we will only secure that outcome if we ensure that EVs are available to and accessible for all. Even as we applaud the progress demonstrated by a desire to see 50% of US new vehicle sales coming from EVs, we reaffirm our commitment to bring that number to 100% as quickly as possible.